Racing at Drouin Speedway on Sunday produced some fast action from the Unlimited Sedans, Mini Sprints and Sports Sedans on a great day for dirt track entertainment.  Scott Ellis after a season away from racing winning the Unlimited Stampede, Michael Conway won the Mighty Mouse Magic event for Mini Sprints and Andrew Jordan led a flotilla of Alexandra member racecars to the finish line in Sports Sedans. 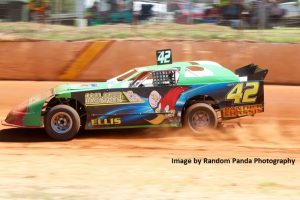 Unlimited Sedan racing looked like we were in for a tough day with Darren Forrest and Scott Ellis going at each other, however, mechanical issues in the car driven by Forrest forced him out of the lead and onto his transporter trailer during heat one as Ellis went on to win from club mate Daniel Unternahrer.

Ellis then won the second heat with Mick Evans from around Bunyip winning the third qualifier before the final. Ellis started on the front row of the Unlimited Sedan Stampede feature with Unternahrer and was never troubled in the final event. Unternahrer was second ahead of Evans, Daryl Nicolson and Bobby Price.

Mini Sprint drivers were in a very competitive field despite the small number of entries. Conway who recently competed in Sydney and won a qualifying race at an event up there won heat one before Owen Schnoor won the next two qualifiers. 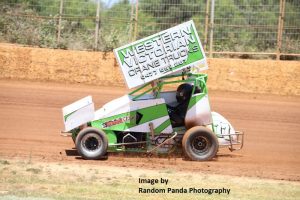 In the final, Conway made a great passing move on Schnoor to take the lead and win his first Mighty Mouse Classic with Schnoor and Matt Moore rounding out the top three at the finish.

The Sports Sedan competitors had a ball with eight cars from that one club in attendance. Andrew Jordan who had been racing the night before in Ballarat won the first heat of the day with Alan Kruger making a comeback after a season out of the driver’s seat picking up the second heat race win and Jordan winning again in the third. 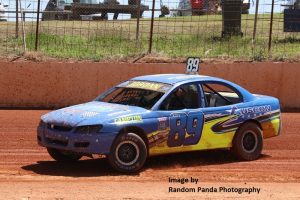 The feature event was another victory to Jordan after Josh Service pulled infield at the start of the race, Jordan cleared out to a large lead. Back in the pack, Kruger and Steve Akil had fun racing, whilst Jackson Barneveld displayed some pace behind them. Jordan would win from Akil, Kruger, Dean Pictor and Barneveld.

In the Standard Saloon final Mick Coomer came out on top with a win ahead of Kane Gibson, Simon Stray, Daniel Walkinshaw and Leigh Gooding. Gooding was putting the pressure on Coomer before it come unstuck for him late in the race and he re-joined chasing his tail. Coomer had a great day and deserved his win having won a qualifier himself.

Kate Stuchbery won the Ladies Standard Saloon final and showed great poise and new speed to finish ahead of Natasha Curtis, Hayley Hutchins, Allan Ardley and Molly Johnson at the finish. Some racing with the men is paying off for Stuchbery giving her a little edge to her racing.

Jack Yeomans won the Junior Standard Saloon final in a tough battle, as it was all day with Lewis Williams. Yeomans has learnt great control around the sometimes-tricky Drouin track and he took a hard fought win. Behind Williams in third was Owen Cecil, Bailey Bennett and Chloe Coomer.

When Drouin Speedway returns in February fans will see the Crash and Bash War on Wheels plus Ramp Racing for some new excitement in West Gippsland.