SDAV Hot Rod racing returned to Mortlake Speedway Clubs Mid Western Speedway situated out at Darlington last Saturday night the 23rd of April and Shannon Meakins returned to the winners list when he finished ahead of Dean West and his wife Kali Hovey at the chequered flag. 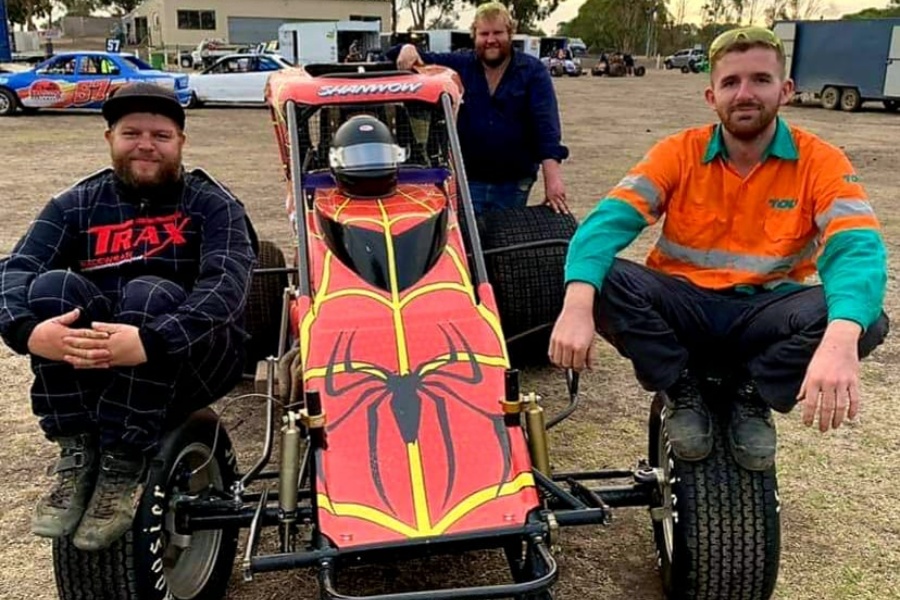 Three heat races were ran to determine the feature event starting positions and all three were won by different competitors with Meakins, West and Stan Marco Snr all winning the qualifiers.

Meakins converted his pole position in heat one to a win leading lap one from Chris Wilkes and Marco Snr, Tommy Marco (#6 – Fabricare Engineering) and Phil Jenkins. Marco Snr moved past Wilkes on lap two with Tommy Marco moving into third on lap five as he also passed by Wilkes. Stan Marco Jnr made some passing moves later in the race however it came to nothing as he failed to finish and Meakins went on to win from Marco Snr, Tommy Marco, Wilkes (#13 – All Head Services), West, Jenkins and Hovey.

West (#4 – Lumber Softwoods) from pole position in heat two also made the most of it also leading lap one from Marco Jnr, Meakins, Marco Snr and Hovey as they passed the start and finish line for the first time. Meakins spun on lap two and found himself at the rear of the field and on lap four the order was West, Marco Jnr, Marco Snr, Hovey and Jenkins.  As the laps wound down to ten, West took the win from Marco Jnr, Marco Snr, Hovey (# 22 – Athena Photo Booth),  Jenkins, Tommy Marco, Meakins and Wilkes.

Tommy Marco and Jenkins (#3 P & S Automotives) started on the front row in the third and final heat race with Marco Snr and Jnr behind them. Jenkins started well and lead lap one from Tommy Marco, Marco Jnr (# 11 – Indy Race Parts), Marco Snr and West.

Marco Snr (#5 – Dandy Paints) started to pass cars on lap two passing Marco Jnr and a lap latter passing Tommy Marco to sit second behind Jenkins. On lap eight Marco Jnr rolled his car and his weekend was finished, whilst in a green, white and chequered flag finish Marco Snr passed Jenkins on the final lap to win with Tommy Marco in third, then West, Meakins, Hovey and Wilkes.

The starting line-up for the fifteen lap feature event was a top points to the front order. Marco Snr, West, Meakins (#84 Kilmore Towing & Transport), Tommy Marco, Jenkins, Hovey and Wilkes is how they began the race and on lap one Marco Snr led West, Meakins, Tommy Marco and Jenkins to around to the starters line.

On lap three Marco Snr spun in turn one and went to the rear of the field. He lasted until the next lap pulling out due to driveline failure most likely causing the spin in the first place. On Lap four West lead Meakins, Tommy Marco, Hovey and Wilkes and the very next lap Tommy Marco dropped from third to last and then a lap later out of the race with power steering issues. 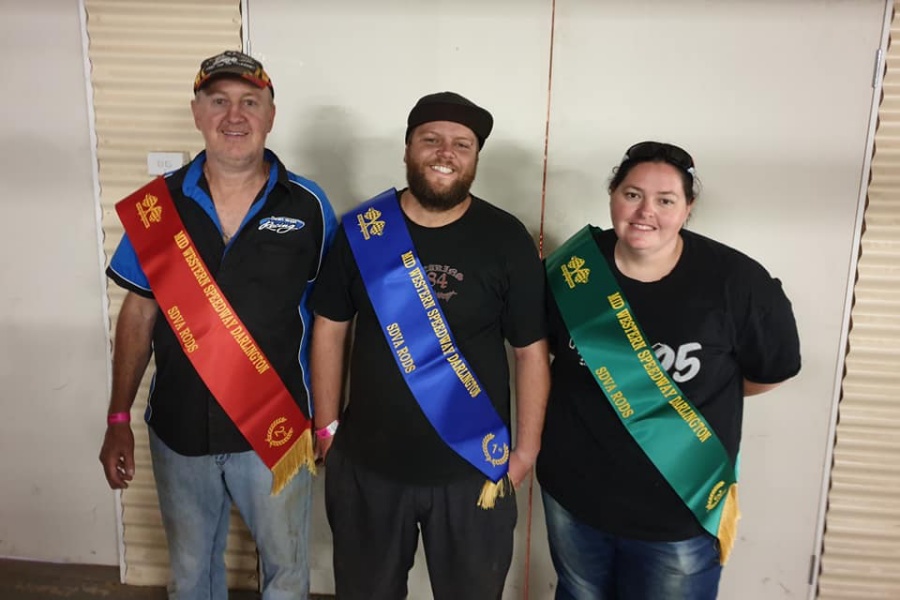