The SDAV Hot Rods report that at their most recent race meeting two weeks ago, Stan Marco the new Victorian champion once again picked up a win this time when he defeated Shannon Meakins, Stan Marco Jnr, Kali Hovey and Phil Jenkins. 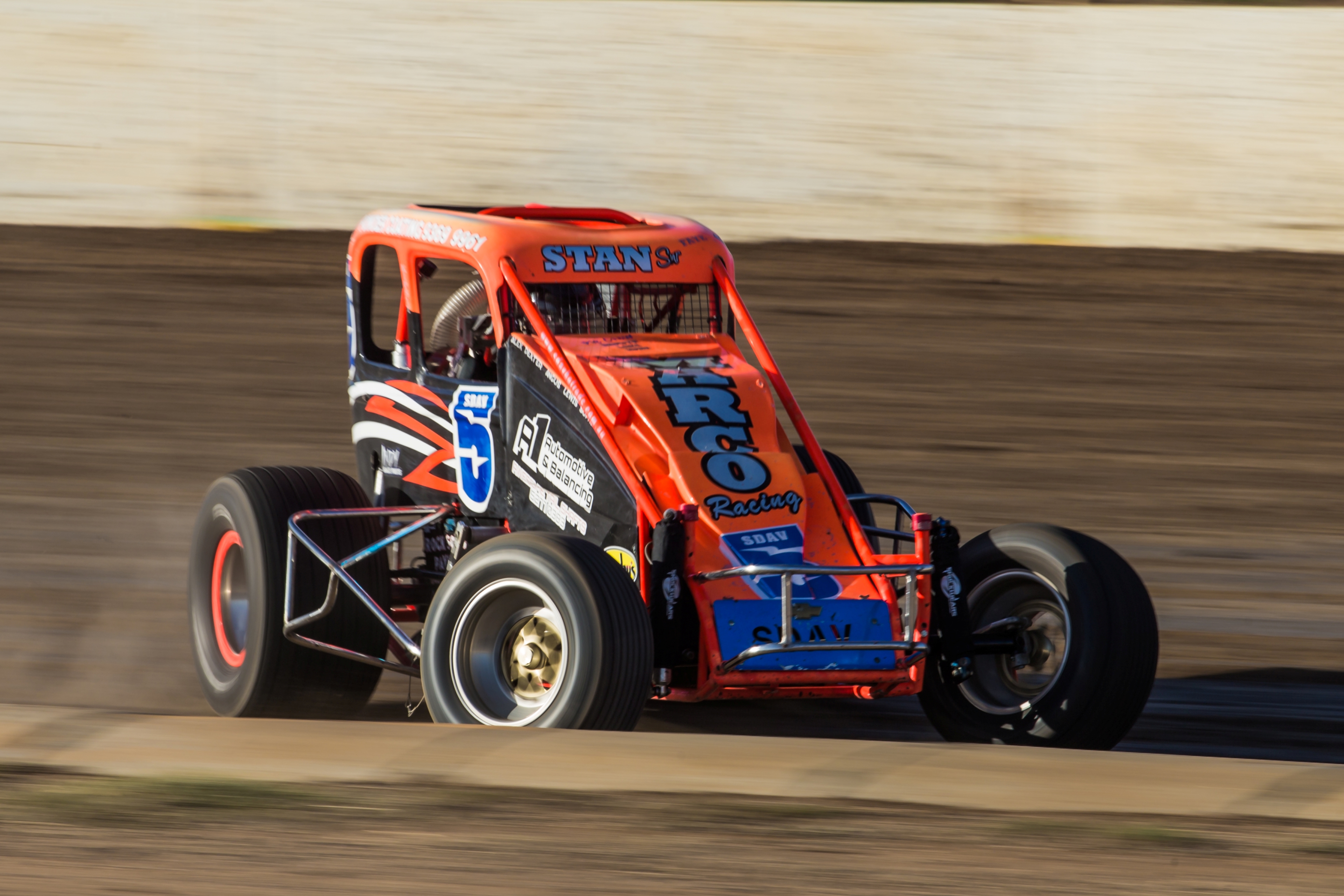 The troupe headed into Blue Ribbon Raceway Horsham with drivers that included Russell Hovey Victoria 3, Kali Hovey Victoria 4 and Phil Jenkins Victoria 5 all in the line up which made for a great line-up before a flag had been unfurled.

Three heat races were scheduled before the feature event in the fifth round of the Thunder Down Under series. Shannon Meakins began in pole position for the first battle with Kali Hovey, Jenkins, Marco Snr, Tommy Marco (#6 Fabricare Engineering), Marco Jnr and Russell Hovey completing the field.

Meakins (#84 Walt’s Wishes) lead the field around on lap one with Kali Hovey in second then Tommy Marco, Marco Jnr and Marco Snr the top five. Tommy Marco passed Kali Hovey into second on lap two a couple of laps later Marco Snr and Jnr passed her into third and fourth and then on lap five they both passed Tommy Marco whilst Meakins was still at the front of the race. Meakins would go on to win from Marco Snr, Marco Jnr (#11 Dandy Paints), Tommy Marco and Jenkins who moved into fifth then Russell Hovey and Kali Hovey.

Marco Snr and Jnr then passed Jenkins on lap three, Jenkins dropping back to third place. Tommy Marco then passed Jenkins for third a couple of laps later and Meakins pushed forward and moved up into third and the race wound down with Marco Snr winning from Marco Jnr, Meakins, Tommy Marco, Jenkins, Kali Hovey and Russell Hovey (#25 Pizza Box Geelong).

A coin toss put the top qualifiers to the front of the field for the final and Marco Snr had enough points to start from pole position with Meakins, Marco Jnr, Tommy Marco, Jenkins, Kali Hovey and Russell Hovey the field.

On lap one Meakins got the best of the start and he led Marco Jnr whilst Marco Snr dropped to third place with Tommy Marco and Jenkins in tow. The next lap around Marco Snr passed Marco Jnr and it took until lap four, however he went on past Meakins and into the lead. Kali Hovey passed Jenkins and moved into fifth and Marco Snr continued on to win from Meakins, Marco Jnr, Kali Hovey, Jenkins and Russell Hovey.