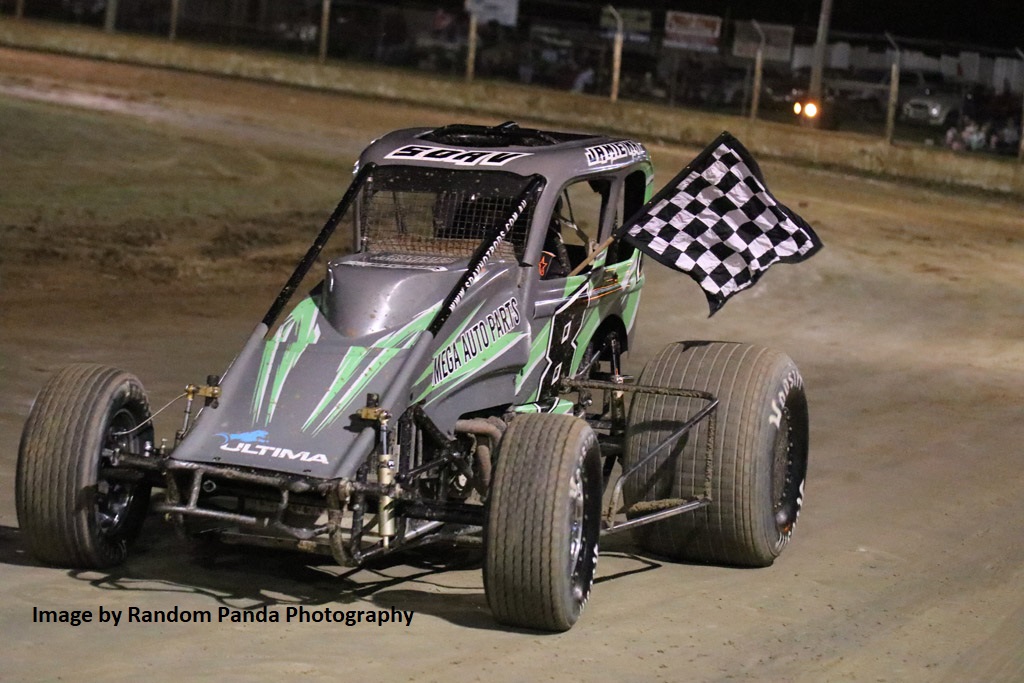 The SDAV Hot Rods headed back to Rosedale Speedway for Thunder Down Under series racing and for the new Victorian champion and in form racer Shannon Meakins it was a rough night behind the wheel with both cars sustaining some damage that put them out early, whilst Jamie May recovered from damage and went on to win the night later on.

Drivers arrived at Rosedale to compete despite a torrid day of weather on the Friday and the threat of more rain on the Saturday with a handy little field that included Coad, Meakins (#83 Kilmore Towing & Transport), May, Dean West, Stan Marco Snr, Stan Marco Jnr and Tommy Marco along with Phil Jenkins and Kali Hovey.

Three heat races set the field up for the feature race later and West the only Gippsland based racer in the field began the evening nicely picking up the early win. West (#4 Lumber Softwoods) started with May on the front row and lead as they crossed the start line for the first time on lap one with May, Coad, Meakins and Tommy Marco behind. A few laps passed and then Coad, Meakins and Marco Snr passed by May with West still leading. May passed Marco Snr a couple laps later as West went on to win from Coad, Meakins, May, Marco Snr, Marco Jnr, Jenkins and Hovey (#22 Pizza Box Norlane).

Marco Snr and Jenkins began at the front of heat two and the race seen the demise of Meakins and Coad for the night unfortunately. Marco Snr led lap one from Jenkins (#3 Consolidated Signage), Marco Jnr, Meakins and Coad. Coad passed Meakins the next lap around and the field from third back was close. 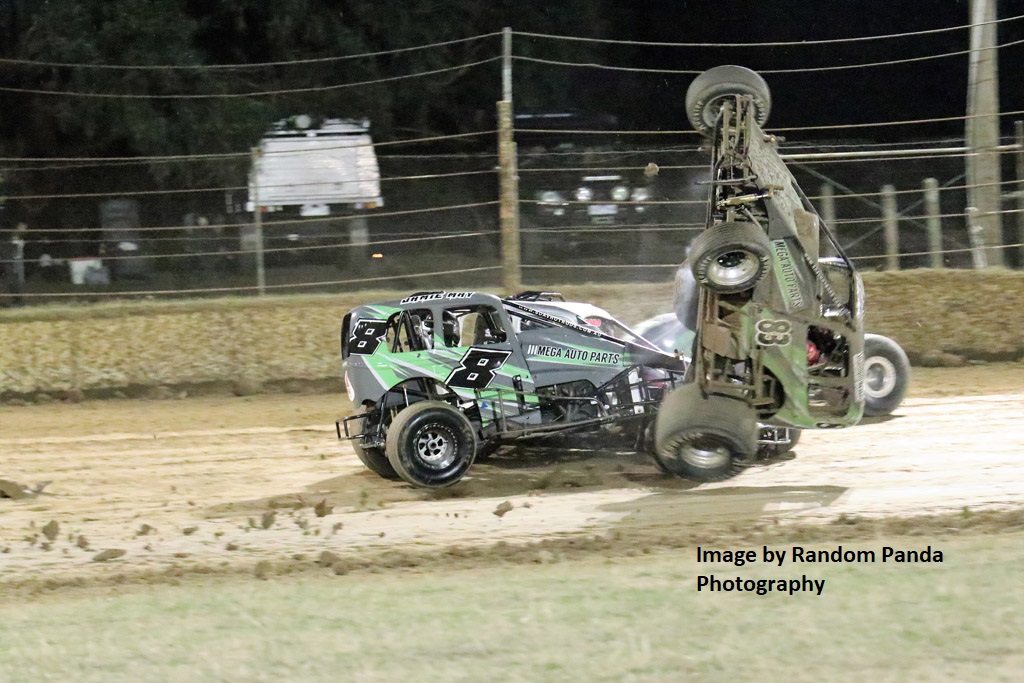 On lap four Marco Jnr (#11 Stich Concrete) spun right in front of the starter’s cage and May, Coad and Meakins had no time to miss Marco Jnr or each other and Meakins went flying up-side down in a rollover and all three drivers’ sustained damage to their cars, whilst Marco Jnr re-started at the back of the field.

May’s front end was damaged and was going to take a bit of work, Coad’s car (#55 Perry Brothers Chassis) suffered damage to the exhaust and the headers on the engine, whilst Meakins had rear suspension damage and not enough spare parts in the trailer or available from others to fix the car. The race continued after the re-start and Marco Snr went on to win from West who passed by Jenkins, Marco Jnr and Hovey.

A depleted field lined up for the third heat of the night with Marco Jnr leading lap one from Jenkins, West, Marco Snr and Hovey before Marco Snr and West passed Jenkins on lap two. From there the race was fast with limited chances to pass and Marco Jnr won from Marco Snr (#5 Darby’s Paints), West, Hovey and Jenkins.