The crazy characters of the Crash and Bash Association of Victoria visited Drouin Speedway on Sunday and a packed house witnessed a terrific day of crowd-pleasing entertainment with a win to Mark Hebblethwaite in the big finale for the Crash and Bash winning the promoted Gippsland Big Bash event from Pakenham’s Andrew Miles. 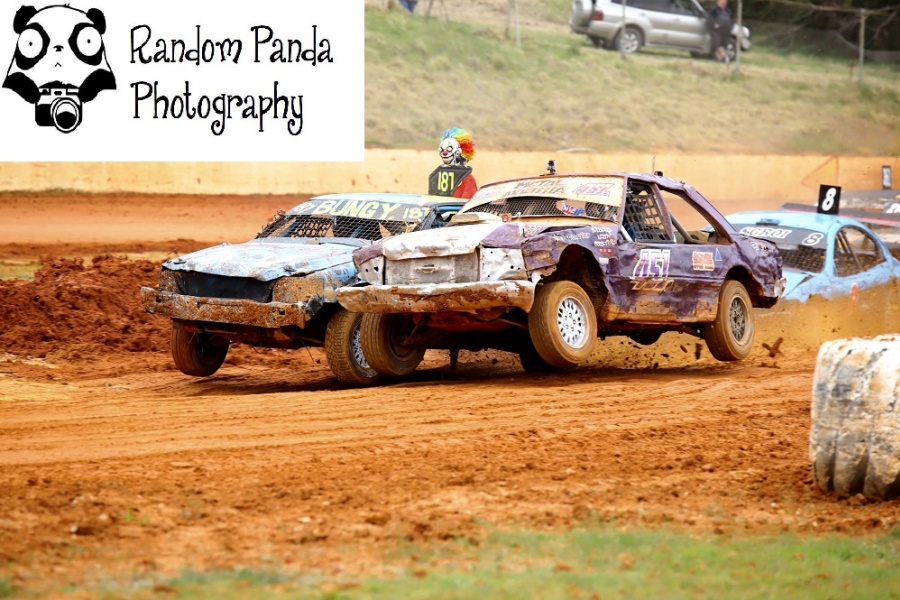 The days racing had plenty of action including big hits, blown engines, destroyed tyres, smashed up panels, broken front ends and rollovers including a big one to Craig McKendry and Daniel Litten also ended upside down. 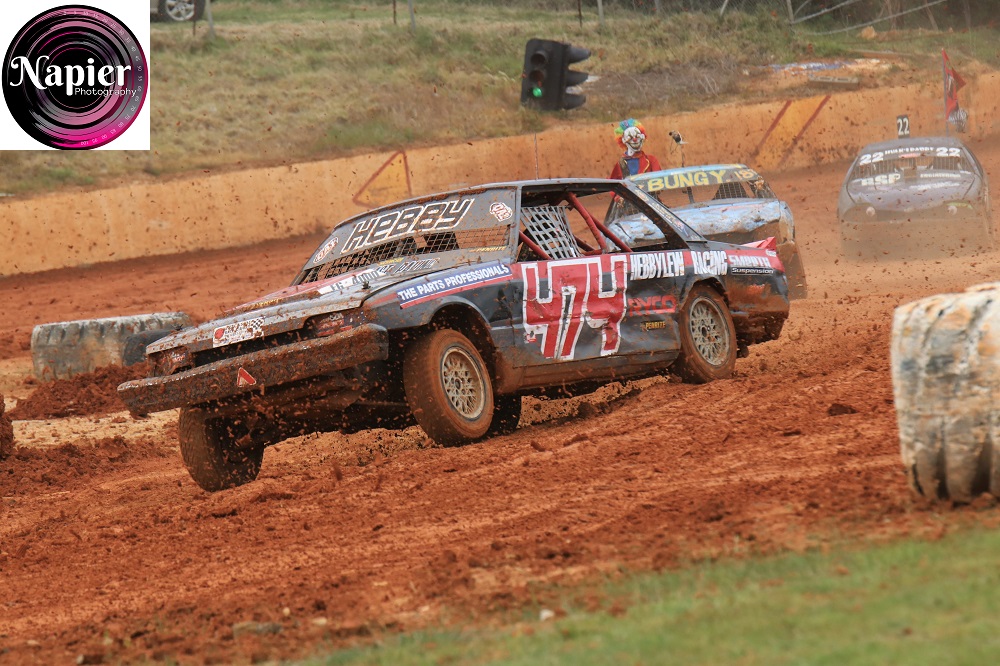 Hebblethwaite has been on the verge of a win for the last twelve months and he picked up the major points on Sunday with Miles second, Timmy Cole in third then Rob Bushell and William George.

Bunyip racer Jeff Blencowe also won in a great field of Standard Saloons that included the number two driver in the state Marcus Reddecliffe. Twenty plus competitors were getting in some early laps in preparation for next month’s Sally Walkinshaw Memorial event where it is expected that some of Victoria’s best will nominate in a prize money paying blue ribbon event. Blencowe defeated Reddecliffe in the final from Leigh Mitchell.

Hayley Hutchins won the Ladies Standard Saloon final. The Somerville businesswoman was too strong for Bairnsdale’s Natasha Curtis and Sharlene Laidlaw from the Latrobe Valley.

Drouin’s champion Junior Standard Saloon driver Jack Yeoman’s continued his winning ways and won the final from rookie racer Beau Stuchbery and Zoe Hunt. Yeoman’s the current Victoria 4 driver remains in the field whilst many of last years Juniors are now in senior racing. Could it be a Victorian title winning season for Yeoman’s? 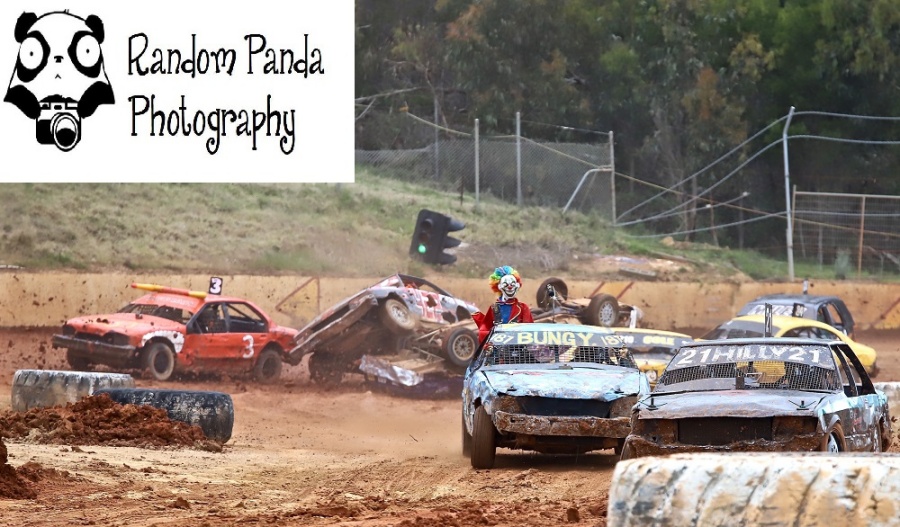 Paul Walkinshaw on behalf of the club committee was pleased with the first show of the season. “What a great crowd we had today. The Crash and Bash always entertain, and we thank them for their continued support of our venue. The Standard Saloon competition is looking great for us this season and congratulations to Jeff on his winning start. Motorsport enthusiasts should put our race dates in their event calendars, and we will see them in November for another day of family fun.”