Those that were at Drouin Speedway on Sunday the 3rd of June witnessed the Caped Crusader we have come to know as Batman take no prisoners as he smashed his way to a second Demolition Derby win in 24 hours having won the previous night in his trusty Bat Valiant in South Gippsland. 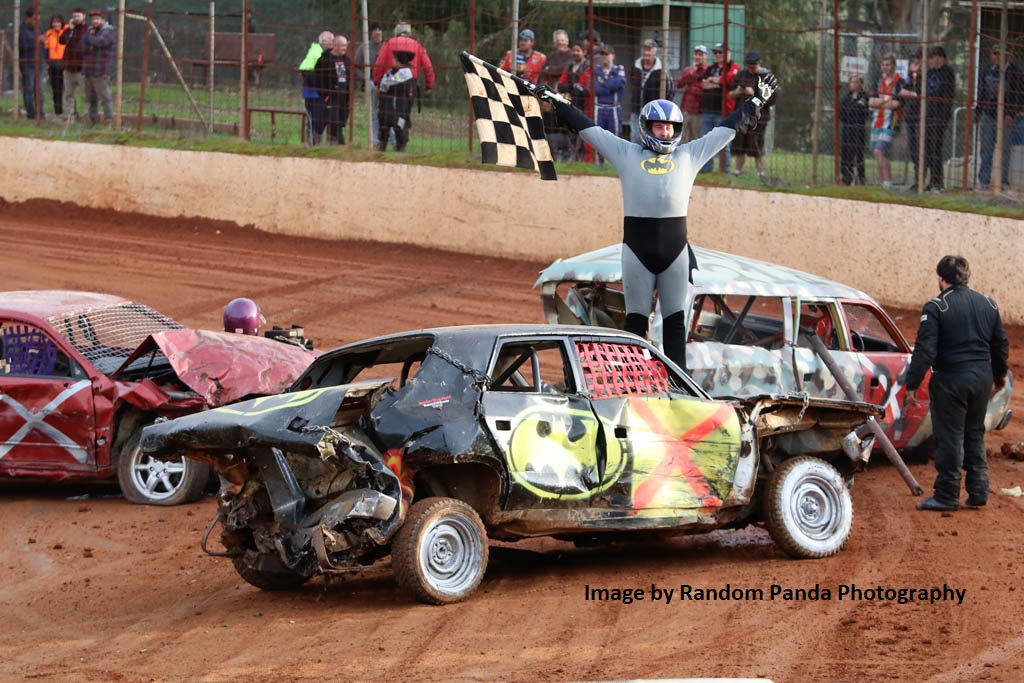 The spectators had come to see a complete race program that included some Vintage classes; however there was no doubt that the attraction of the day was the ‘Norstar Steel Recyclers Demolition Derby’.

Club members, Crash and Bash racers, competitors from around Gippsland and even those who never compete in racing were in it just for fun and Brad Warren or as the kids know him ‘Batman’ won the big event sending everybody home happy. 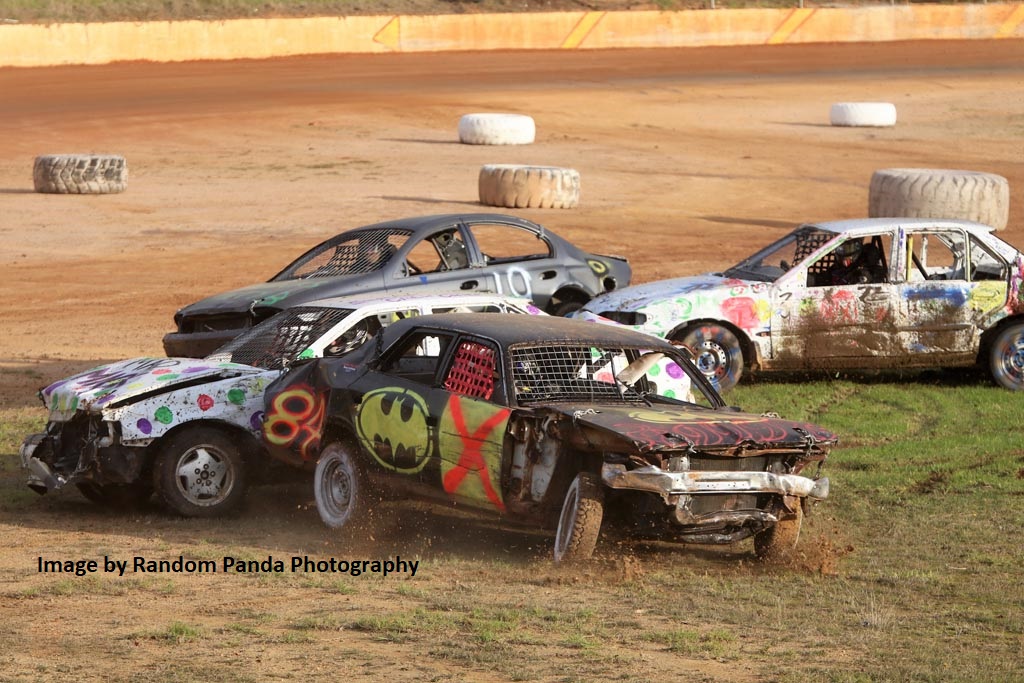 Onto the racing and Rhys Lansdown took a good win against tough competition in the Junior Standard Saloons. All the competitors that have been competing on a regular basis at Drouin have improved very much over the season and Lansdown won from Jack Yeomans, Damon Ingram, Lewis Williams and Deegan Benson.

In Standard Saloon racing Andrew Dike and his mother Trish Dike won the Open and Ladies Standard Saloon finals keeping up the Dike winning tradition at Drouin. The name has won on many occasions at the venue and Andrew Dike won from Mitch Blencowe, Mick Coomer, Clint Walkinshaw and Leigh Mitchell whilst Trish defeated Tracey Ingram, Natasha Curtis, Ashleigh West and Kate Stuchbery.

Closing out the club class racing was the Unlimited Sedans final with Alan Stockdale again the winner from Daryl Nicolson and Daniel Angus and the Sports Sedans was won by Ray Gould.

The season is now over at Drouin Speedway and the committee and its officials hope everybody has a safe off season. It is now time to work on building your cars for next season which begins in October.

Drouin Speedway Club would like to thank their club supporters: