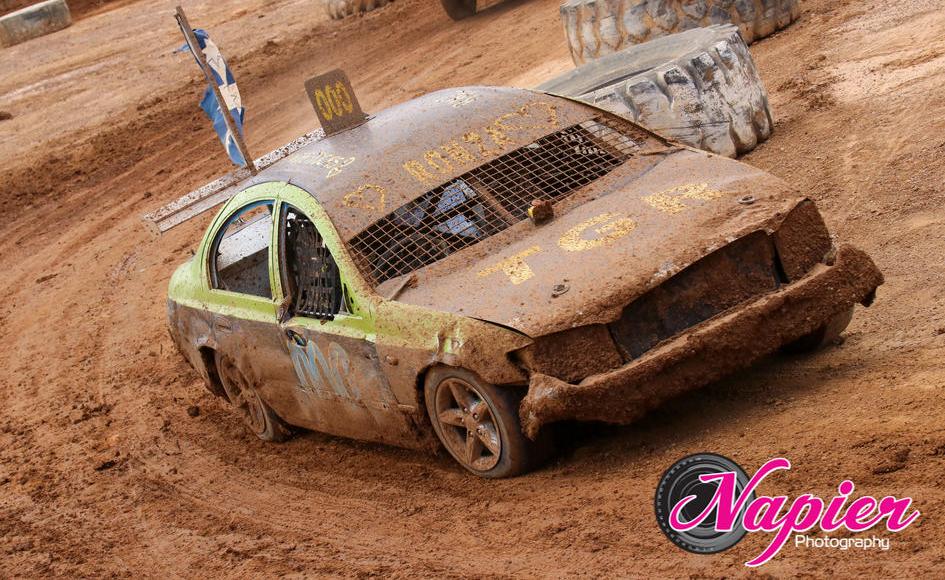 The Ladies competed in three qualifying races each before starting their final with Felicity Roycroft winning the first six-lap qualifier with Lea Judd taking the win in the next. The second-round wins seen Clare Lynch awarded the win after a penalty was imposed on Roycroft of two spots back after crossing the line first. Judd won the next after taking the lead on the very last lap from Linda Hughes.

Roycroft ended the final round with a win and also with the fastest six-lap race time of the day of 3 minutes and 54.767 seconds and a one-lap time of 36.472 before Price won the last heat of the qualifying leading from start to finish. 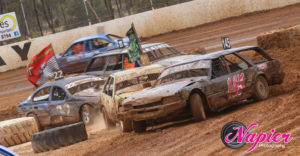 The ‘Tigertune Service Centre’ supported Ladies Crash and Bash Victorian Series round event began with Roycroft leading lap one from Judd, Latham, Taylah Hughes a rookie racer doing sensationally well and Price. For Taylah though her race would end as quickly as it started with a popped tyre on lap three as Judd took control of the race lead passing Roycroft.

Erin Brown’s engine whom the family had named ‘Ole Dusty’ finally let go on lap eight and her race turned to, um’ dust. Price on lap ten copped a whack and her car broke a lower control arm and a ball joint. Just reading between the lines the car owner Anthony Sgroi needs to give a few more beers to a couple of blokes to make sure the car is in prime condition for the next race meeting.

At lap ten Judd was the leader from Latham, Linda Hughes, Kirsten McKendry and the legend Leanne Young. Roycroft finished thirteen laps as her engine struggled with fuel pressure concerns and Latham ducked and weaved her way through traffic and passed Judd. At lap fifteen Latham led Judd, McKendry, Miles and Morgan as Marshall, George and Argent finished their races on lap seventeen for various reasons and the chequered flag dropped and greeted Latham as the winner from McKendry who passed by Judd struggling to the line with a broken axle with Miles in fourth and Morgan in fifth.

After the race, Latham was ecstatic to have claimed the win. “We had so much support from the whole Crash and Bash community. Almost all the cars were loaned to us Ladies by their owners, we had new drivers, returning drivers and it was just so much fun to be out there with all the girls. Well done to the other podium girls for their wonderful results. Thank you to my car owner for the faith in me and to my team for the support, let’s do it again at Drouin for the next round.” Shared Kellie.