Alexandra Speedway’s race season has got back under way after the summer break with a terrific nights action finishing with a twenty five lap, green to chequered flag nonstop race for the Victorian Goulburn Ovens Sedan state title, the race was won by Jack Milthorpe who had to battle with Mark Gordon before for the full race and only cemented a race lead in the second half of the race. 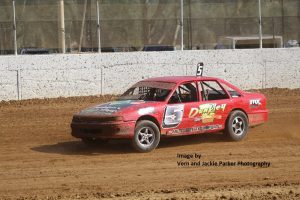 Nathan Shortis began on pole position with Milthorpe with Gordon back in fourth place. Gordon moved to second on lap one and Milthorpe went backwards to fourth with James Powell also passing him. Shortis then drifted high and wide and Gordon, Powell and Milthorpe moved into the top three spots on lap three. On lap fourteen Milthorpe hit the lead and sped to finish for his championship win.

Damien Miller won the ‘Town & Country Tennis Courts Sports Sedan Shoot-out’ feature for the Sports Sedans when he proved too good for all comers winning by almost six seconds once he claimed the front spot. Luke Fallon, Ricky Cornwall, Steve Kershaw and Dale Smith rounded out the top five. Some of the heat race action included Russell Smith beating his son Dale in heat one by just.217 of a second and Cornwall beating Fallon and Miller in the last heat race before the final. 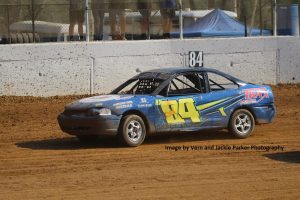 Courtney Meakins won the ‘Outer Eastern Steel’ supported Top Stars National Juniors final from Jeremy Gorski, Chloe Sheerman, Harry Orme and Bree Simpson. Gorski was impressive in his 1200cc powered rear will drive race car up against front wheel drive cars that can have up to 1600cc. Meakins achieved a clean sweep, she won all three qualifiers plus the final.

Linken Paterson continued his winning ways in the Exhaust Fix Lilydale supported New Stars National Juniors with a win ahead of Jayden Bryant, Luke Cornfoot, Jordan Pegg and Tenayah Barton. Paterson earlier won two of the qualifiers with Bryant and Cornfoot winning the others. 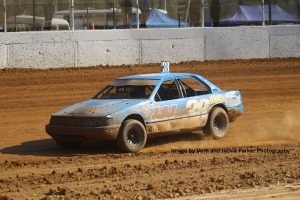 In the state governed Victorian Speedway Council Junior Sedans LS Quarry Cup, Tristan McGraw won from Lachlan Fitzpatrick with rookie driver Abi Garlick in third place having never ever raced a car ever before. It was a ball tearer of a final with McGraw winning by just .790 of a second. Emily Porter also won the Miller Motorsport supported Standard Saloons from Aaron Meakins and Jaimi Barber on countback when the final was cancelled due to lack of competitors to start.