Bendigo race team Maverick Racing headed to Alexandra in the Murrindindi Shire for the latest round of the Victorian Modified Promotion Association ‘Tritech Lubricants’ supported series and began the trip quietly confident of their best showing given their strong history at the racetrack in Junior Sedan competition. 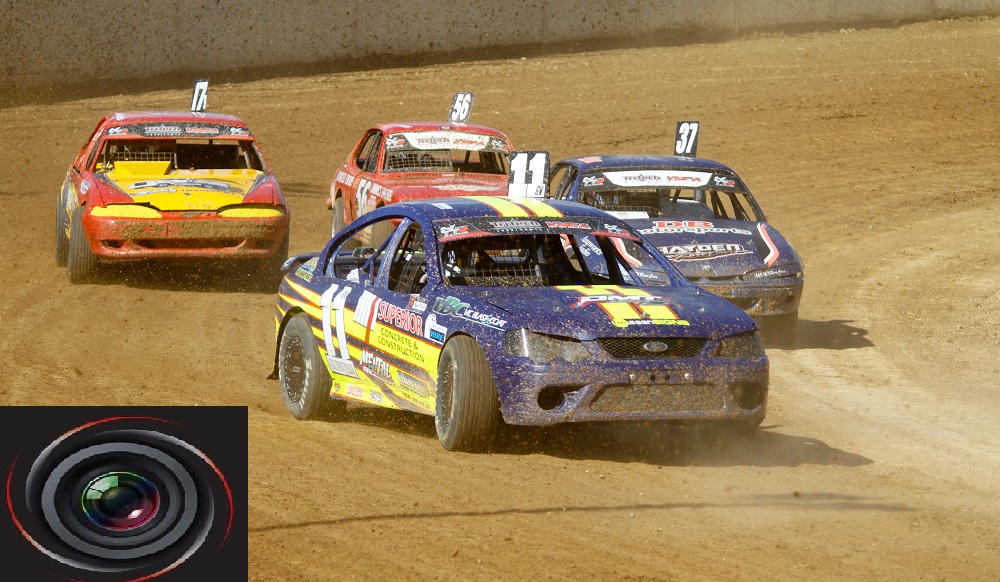 Lachlan Fitzpatrick would be up against the current national champion Kye Walters, Victorian Champion Daniel Simpson and several fancied locals such as Brody Chrystie whom has had a great start to the series.

A third-place grid position for the first qualifier on a greasy track left Fitzpatrick struggling for pace. Former two times Australian champion Andrew Blackwell and two locals Matt Nelson and Chrystie passed Fitzpatrick during the eight laps with the team finishing in sixth place behind the winner Simpson.

A few changes were made between the first and second heat race to assist the car and driver combination to get a handle of the track on this night. The second qualifying heat start was from position five and Fitzpatrick finished eighth losing positions to Nelson and Walters in particular. Brock Atkins won this qualifier.

Starting from position nine in the last qualifier a seventh place finished wasn’t what Fitzpatrick was looking for as Chrystie went on to win this race, the positive was that the car team progressed forward in the race. With the team unhappy with car performance, the crew chief and driver decided to have a play around with the set up again before the thirty-lap feature event.

When the green flag dropped to start the feature event, Fitzpatrick dropped a couple positions backwards coming out of turn two at the top of the racetrack. As the race went on the car seemed to be handling the best it had all night and Fitzpatrick progressed forward into position twelve looking strong.

Coming into turn three on lap fifteen Fitzpatrick misjudged the entry washing the car up high and into the loose surface of the track sliding his car into the wall heavily. The result was suspension damage and the end of the race for the team.