Alexandra Speedway fired off on Saturday night with the feature event the Queen of the Valley for Ladies Sedan racing. One of Australia’s premier female competitors Gemma Laidlaw from Gippsland and one of the Goulburn Valleys best Felicity Roycroft went head to head with Laidlaw picking up the big win in a terrific race.

A twenty-lap feature event for the Queen of the Valley supported by Bramleigh Estate whom cater for Bridal, Conference and Functions all came down to a less than one second margin at the end. Competition included Courtney Meakins in her first open aged event, rookie Stella Paterson and strong competition from the likes of Kayla Knox, Leanne Young, Katie Meyer and Lea Judd in the final. 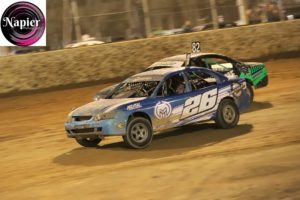 Roycroft, Laidlaw and Knox had one heat races prior to the feature event with Roycroft having two heat wins and earning the pole position. Roycroft was superb for most of the final holding the lead with some challenges coming from Knox until she retired with a flat tyre. Laidlaw and Judd kept the pressure on Roycroft swapping positions frequently. In the latter stage of the race lapped traffic played its part in the result as Laidlaw worked her way past backmarkers and found a way to hit the front and go on to take a .854 second victory from Roycroft, Judd, Jaimi Barber and the rookie Paterson. 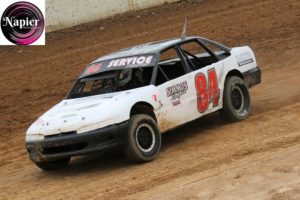 A field stacked with great talent in the Sports Sedans opening event of the season seen a triumphant return to victory lane for Josh Service. Service had won events before around this side of town, however never with the amount of competition he had on Saturday night. Service was challenged through the feature on numerous occasions before Service defeated nationally rated Street Stock racer Matt Nelson and the very consistent Steve Kershaw, Lee Beach and Victorian champion Jamie Paull in the 15 lap feature event. Both Service and Nelson were lapping around .4 of a second quicker than the challengers. 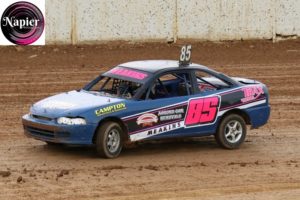 Rhys Meakins won the Top Star Junior Sedan final across ten laps by a few seconds with Luke Cornfoot stepping into Top Stars for this season in second and Chloe Sheerman third in front of Linken Paterson and Warrnambool’s Ben Micallef. 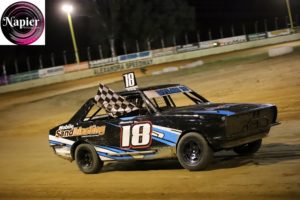 Dylan Barrow continued his winning run having tasted victory in June as the previous season ended. He defeated Seth Sloane in a terrific finish by just .211 of a second at the line, the two had exchanged the lead on occasions during the race. Second season driver Rye Orme was third, then River Paterson and James Oliver rounded out the top five.

Gary Evans from Yarrawonga won the Standard Saloon final ahead of Corey Attard and Stephen Douglas and Victorian Speedway Council Juniors was won by Linken Paterson from Dillon Taylor and Lockhlan Glare.