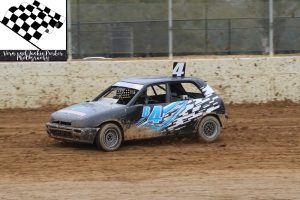 Alexandra & District Speedway club celebrated its 50th Anniversary weekend as a club with a terrific tightly ran show with plenty of in race passing on Saturday night with impressive wins to Lee Beach in Sports Sedans and Jaxson Vella putting themselves into state title contention at the venue later this season. 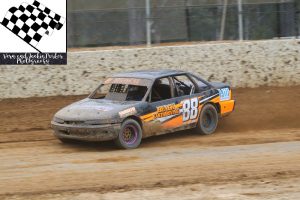 Ferntree Gully was sensational in the Sports Sedans with his newly purchased Commodore distancing himself from the chasing field in the fifteen-lap sports sedan final.  The third spot on the finishing podium changed several times during the feature event between Matt Nelson, Steve Kershaw, Ricky Cornwall and eventually Croydon competitor Dale Smith secured that spot behind Beach and Alexandra local Luke Fallon. All three podium finishers will be contenders at the Victorian title later in the summer. Cornwall and Kershaw completed the top five.

Jaxon Vella from the Ballarat Club made the visit to Alexandra with his Speedway Sedans Australia Junior Victorian title set for the venue at the end of April. Vella and fellow Ballarat competitor Darcy Wilson finished first and second in the Top Star Junior final with Whittlesea racer and Alexandra member Jayden Bryant in third. Linken Paterson and Rhys Meakins from the local club rounded out the top five. 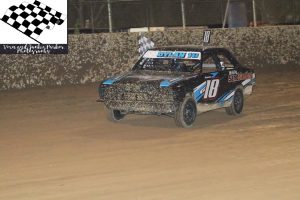 Dylan Barrow from Montrose won the New Star Junior feature event over ten laps defeating River Paterson at the finish line after losing and reclaiming the lead. Barrow, Paterson and Jordan Pegg exchanged positions across the final two laps in the best race of the night with Barrow dropping from the lead to third on lap nine with Pegg moving to the front on the final lap though at turn four as they headed to the chequered flag, Barrow picked the right path as the lead trio negotiated a backmarker and Barrow moved from third to first to win by just .406 of a second from Paterson, Pegg, then Rye Orme a distance further behind and Jack Randall finishing in fifth. 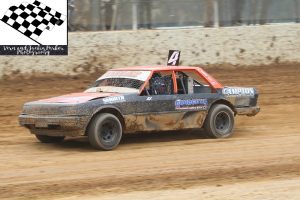 Rounding out the nights results was the Victorian Speedway Council Juniors and Dillon Taylor from Melbourne’s Eastern Suburbs raced to a convincing win once top qualifier Connor Donegan suffered a flat tyre at the start of the race. Taylor led to the finish Dylan Barrow who competed across to divisions on the night with Rhys Meakins in third place ahead of Jack Yeomans and Ayda Paterson.

Alexandra Speedway Club returns to action in December with one of Australia’s premier classes the Modified Sedans in competition. Make sure you pencil the 7th of December down to be at Alexandra.