The SDAV Hot Rod season got underway at Heartland Raceway in Moama a hop, skip and jump over the Victoria/New South Wales border with victory going the way of the only female racer amongst the group, class stalwart Kali Hovey.

Another season of Thunder Down Under series action looks like it will be fiercely contested with the likes of the Hovey and Shannon Meakins teams, Dean West, Phil Jenkins and the Marco crew amongst the front runners at the first meeting of the new season.

Before the flag though, Marco Snr pulled out with engine concerns, West (# 4 Dandy Bolts) then charged around lap one leading Jenkins and Marco Jnr, Hovey and Meakins as they passed the finishing line the first time. Things got worse for Team Marco when on lap one Tommy Marco blew an engine.

Meakins (#84 Kilmore Towing and Transport) passed Hovey on lap two and West led the rest of the race to defeat Jenkins, Marco Jnr, Meakins and Hovey.

Meakins made a second place passing moving on lap three when the race restarted and a few laps later West pulled out of the race with a broken exhaust. On lap twelve of fifteen Marco Jnr headed infield with damaged suspension whilst the laps clicked past and Hovey took the race win ahead of Meakins, Jenkins and Wilkes. 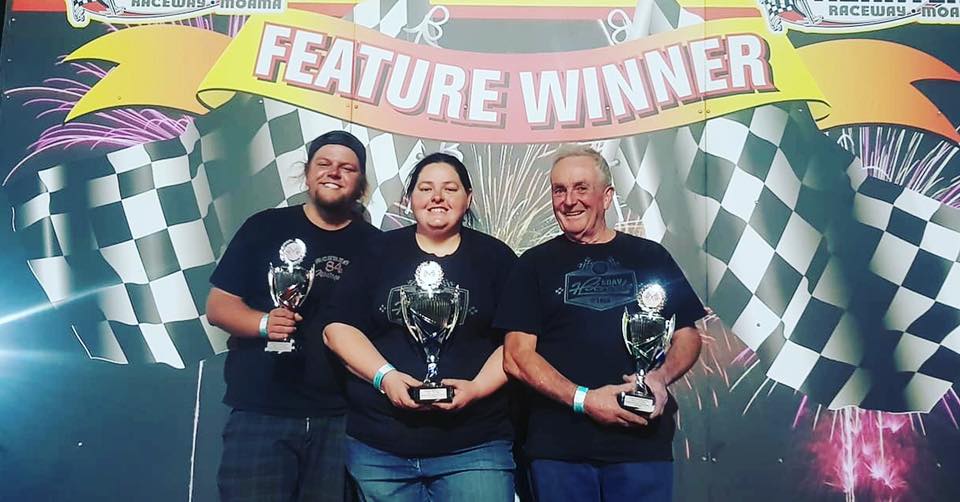