Open division Crash and Bash returned to action at Nagambie Speedway on February 24th and 25th at Nagambie Speedway for the Truck Doctor 69 Lapper and a number of drivers returned to the track this season for the first time or even joined the category for the first time and when two days was finished Sunday afternoon a familiar name waved the chequered flag, Jake Young had won the 69 Lapper. 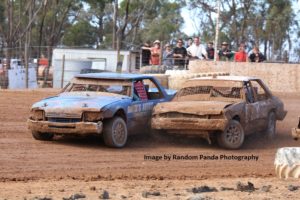 Former Victorian champion Nathan Taylor returned to action, ‘Mr Entertainment’ Dale Morrison was back to cause grief for his fellow competitors, Daniel Kettels returned having spent a little time in Marsh Modified Sedans, Cody Shmal a Demolition Derby King in recent seasons joined the class and by all reports he had a blast despite not finishing a race, however the kid is keen, next time Cody, next time.

Lennie Bonnici jumped out of his Super Sedan and back into his whacking machine, Brad Warren who so far this season has raced a Modified Sedan, a Sprintcar, a Wingless Sprintcar I think, a Sports Sedan and came fourth in a foot race to the local bottle shop the weekend prior returned to Crash and Bash racing and all the regular front runners such as Craig McKendry, Rob Disher, Frank Sinclair, Rob Bushell, James Kane, Stephen Mitchell and Jason Judd all hit the track.

The 69 lapper is obviously a heck of a long race when laps take between 34 and 40 plus seconds a lap to complete. The green flag dropped and Young decided if nobody else was going to crash into him he better hit the fence early in the race, so he did and went backwards to as low as eighth. Bonnici on his home track held the lead early in the race. Ron George and Stephen Mitchell all had turns at the front of the pack. 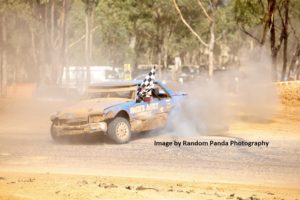 Young pressed forward after and copped a second whack and went backwards as low as thirteenth in the field on lap thirty. Taylor led from lap thirty seven to forty with a smashed front end before the stewards said that’s enough for you and then Young who ten laps earlier was in thirteenth took the lead and led for the last twenty nine laps to take the win from William Leeson, Bushell, Ron George finishing with a destroyed steering rack and having pitted during the race only two laps down on the winner, Sinclair, Williams, Disher, Whalebone and Zac Leeson. 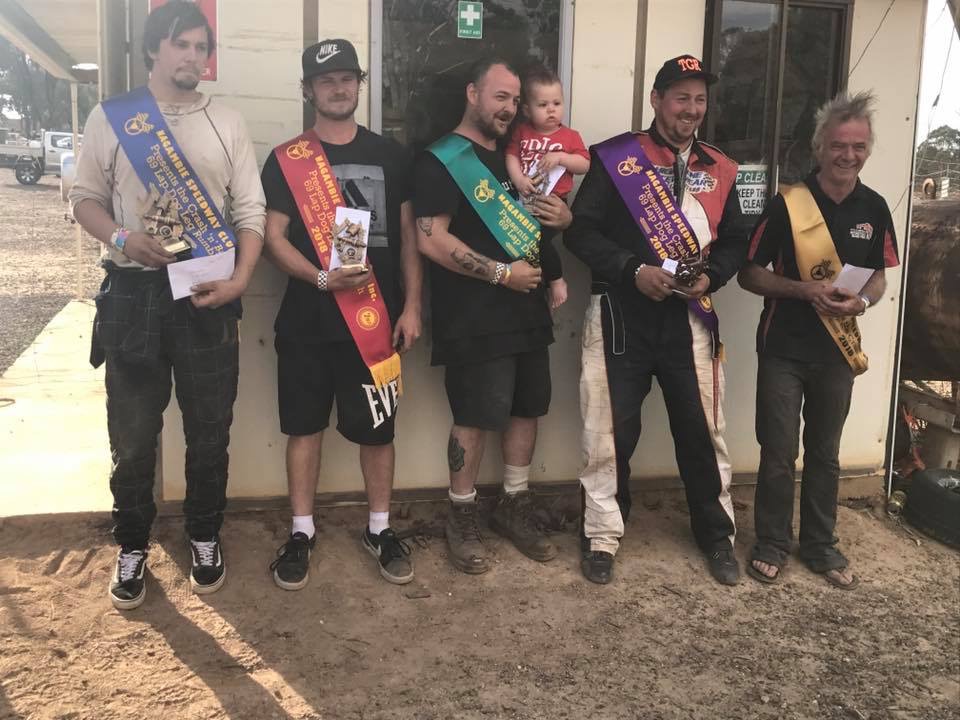